Bio-K Forte Caps® contains a combination of vitamins K1 and K2, each of which targets different tissues in the body. The K1 family of compounds (phylloquinones), synthesized in green leafy vegetables and in plant leaves, is the primary dietary source of vitamin K, estimated to contribute about 40-50% of the total dietary intake. Unlike phylloquinones, menaquinones (K2) are present in both human and animal tissues, and are largely synthesized by the gut microflora. Vitamin K2 is associated with beneficial cardiovascular attributes, and is believed to suppress arterial calcification via γ-carboxylation of matrix glutamic acid residues. Vascular calcification is considered a major complication in cardiovascular disease. 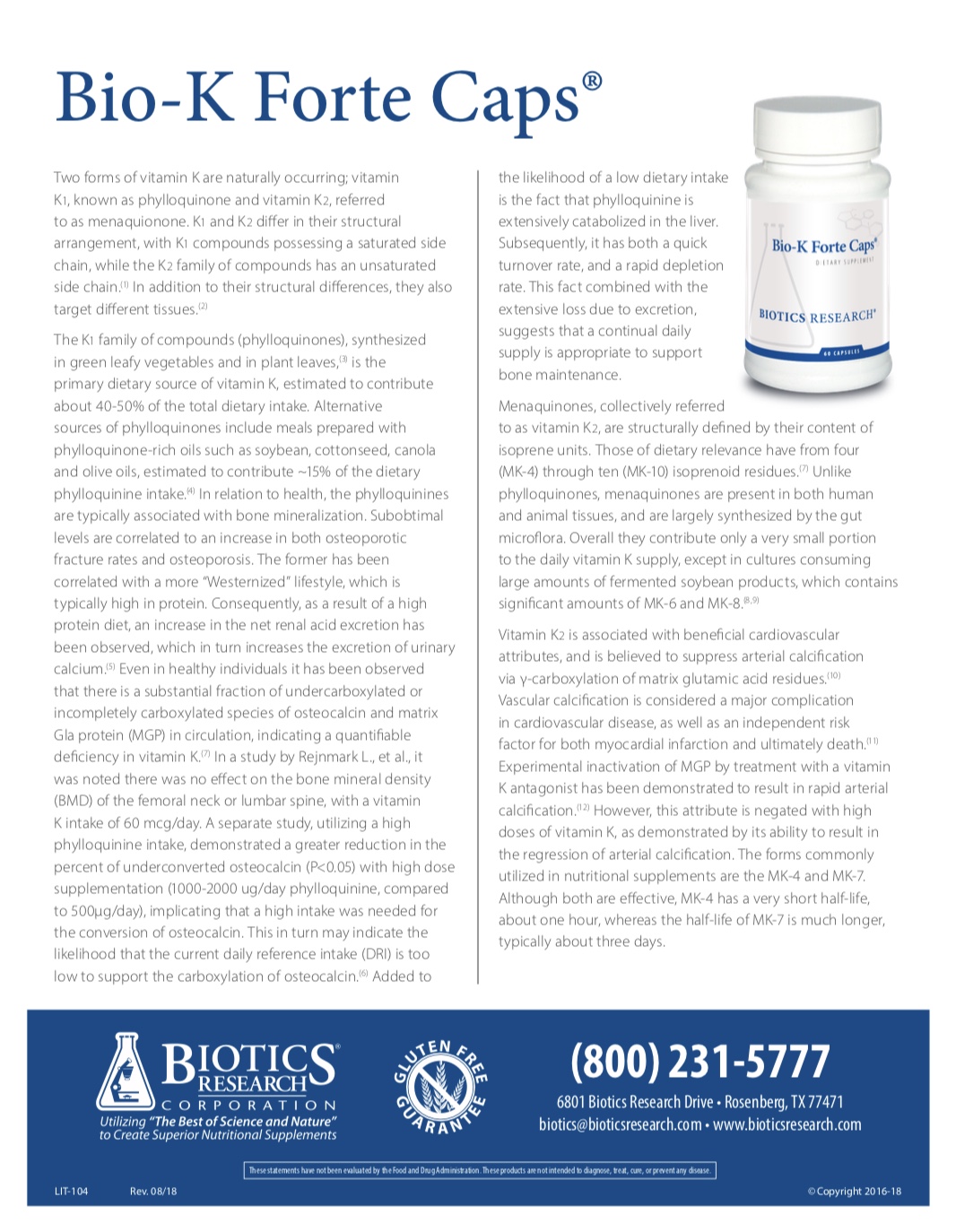